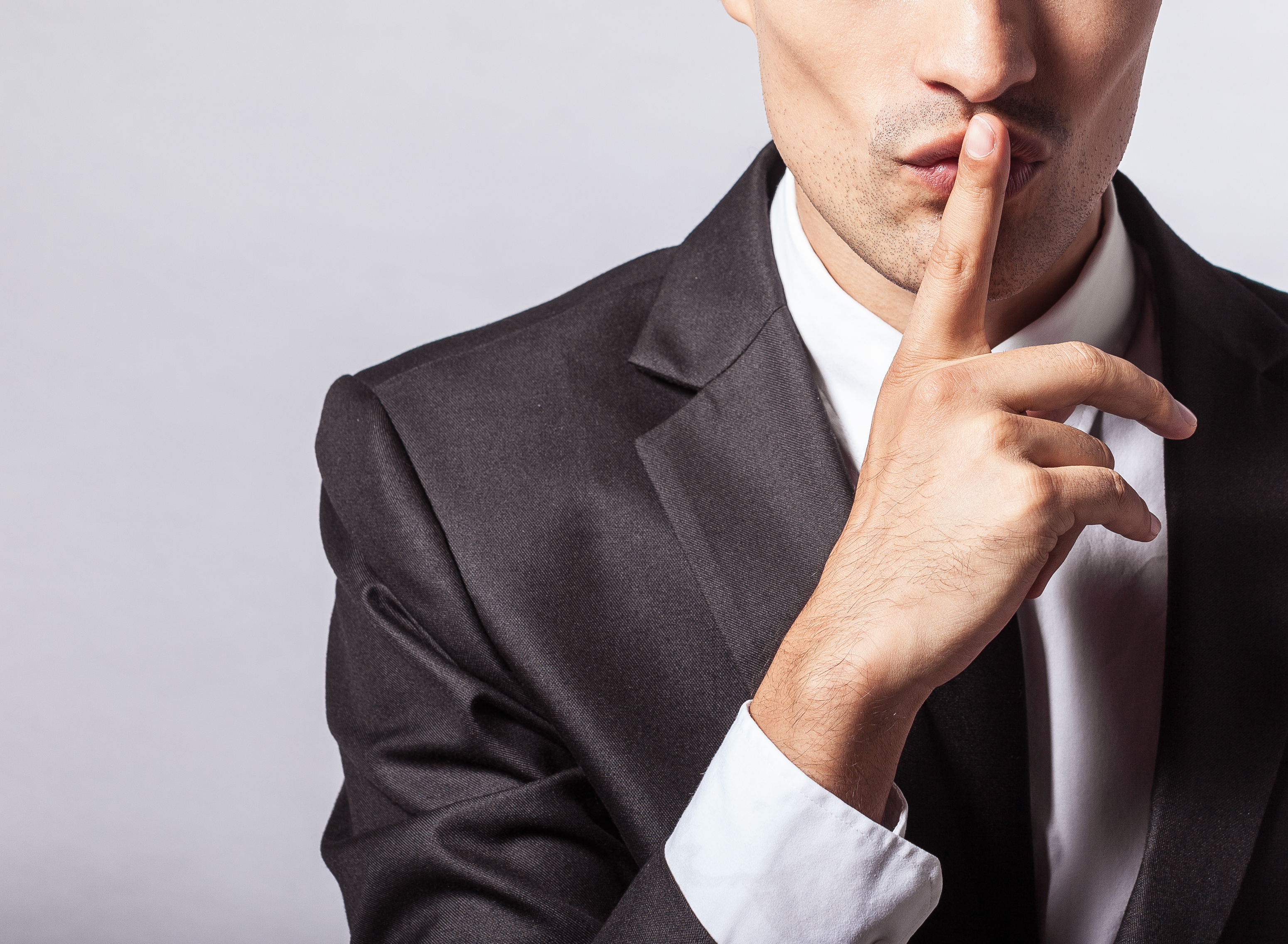 Several years ago we were approaching the end of year. We’d made budget and were shooting for our stretch goal. One more sale was going to do it.

I bagged the sale. I was thrilled with myself!

I told the team that we’d done it – that we’d made the goal. And we planned how to spend the money.

I’m not talking about frivolous spending here – I don’t really go for flash cars or anything. But I had big plans for how that extra money could go into the business to make life a bit easier for all of us. And, of course, because we’d met our stretch goal, it meant that staff were going to get bonuses, so I’m sure that they were making spending plans too.

But hidden at the bottom of my excitement was a little lie.

You see, we have a rule that a sale isn’t a sale until the contract is signed and the first payment is on board. And although I had all the paperwork in place for this new contract, the money hadn’t been banked.

And in the back of my mind was a little, niggling doubt.

And I kept that doubt to myself. I told a little white lie of omission to keep everyone feeling optimistic about year end.

The types of lies

There are three types of lies:

But why do we lie?

Two main reasons. The first is fear. The second is to preserve people’s feelings. We’re being nice.

Why did I lie about my little niggling doubt? Why did I subject my team to the violence of silence? I was afraid of making them feel bad – I felt FEAR and I was being NICE.

If you’ve spent much time reading my blog posts you’ll know how much I love an acronym, and here are two more to add to your collection:

When we work in an environment of FEAR we’re creating false evidence to use as the basis of our decisions. We can’t make good decisions with false information.

When we’re NICE to people to preserve their feelings, we’re just perpetuating the uncertainty they are feeling – because you don’t lie if you’re feeling secure. What we’re doing is being nice to them to preserve our own feelings, not theirs.

The cost of the lie

By now you’re probably starting to predict what happened to my awesome sale where I hadn’t banked the cash.

The day before the first payment was due, the CEO called me to pull out of the deal.

I could have held him to the letter of the contract, but he had good reasons to pull-out, and I didn’t want to burn the bridge because I felt that he would come back to us – which he did, recently.

But losing the sale meant we didn’t meet our stretch goal. It meant that my team wasn’t earning bonuses. It meant that a staff member who desperately needed an assistant – and still does – didn’t get the help she needed. So, you can see that we’re still paying the price for that lie – the cost has compounded over time.

How to avoid the lie

My favourite technique to achieve truthful and honest conversations is inoculation. It’s one of the important lessons you learn if you do one of our programs. It licences people to tell the truth.

Ray Dalio, founder of Bridgewater Associates, the world’s largest hedge fund, calls it practicing radical honesty and transparency and he attributes some of his success to it.

Yes, the truth may be upsetting at first, but it’s a low price to pay for avoiding the inevitable blow-up after those lies have compounded for a while.

And you know it’s working because you’ll start to see improvements to the system. In your business, the system will start working properly – you’ll find yourself spending less time putting out fires and more time driving your business forward.

And that’s how practicing radical truth pays you dividends, with interest.

Lies often stem from poor communication skills. Establishing a consistent, honest discourse with your employees will bring about a positive change in every area within your organisation.

Jennifer Elliott is the founder and CEO of Integrity and Values, a leadership development organisation that empowers leaders to build responsible teams that produce extraordinary results.

Recognised as one of Australia’s leading executive leadership and behavioural change consultants, Jennifer has worked with teams and individuals across Australia for over 30 years..

Jennifer’s impressive sales and management history is supported by her own experience owning and running successful multi-million dollar companies and through building and leading her own effective teams. She has first-hand knowledge on the business building process, the payroll struggle, confronting management issues and dealing with cash-flow problems.

Sorry, the comment form is closed at this time.